The External Advisory Board (EAB) provides high-level guidance, ensuring CBB is addressing important issues in the field, ensuring CBB is aware of the global developments in the field, sharing expertise that will guide the Center, seeking synergies across Center themes and projects, and advising CBB on fostering a team culture and on its education and diversity activities. The EAB are leading experts in accelerator science, education, and diversity, as well as industry representatives. 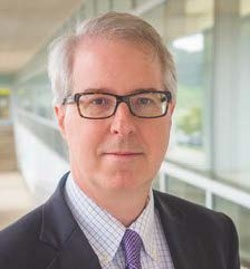 Dr. Henderson has a distinguished history at national laboratories and large-scale projects. He led the team planning the upgrade of the Advanced Photon Source at Argonne National Laboratory, and before that he served as Associate Director for Accelerators at Fermi National Accelerator Laboratory and led the commissioning of the Spallation Neutron Source at Oak Ridge National Laboratory. He brings extensive experience both superconducting linear accelerators, storage rings and accelerator science and technology. 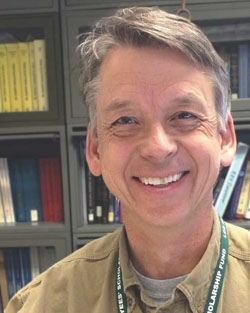 Dr. Carlsten's main research interests are the generation and manipulation of high-brightness electron beams, development of high-frequencies RF sources, and X-ray free electron laser theory and technology. He was a pioneer in the development of RF photoinjectors and is credited with the discovery of the emittance compensation technique, which has allowed photoinjectors to generate exceptionally bright electron beams. He is a Fellow of the IEEE, the American Physical Society, and the Los Alamos National laboratory. He is also a Member-at-Large of the Executive Committee of the IEEE Plasma Sciences and Application Technical Committee, the Chair of the Program Advisory Committee for Brookhaven's Accelerator Test Facility, and Chair of the Advanced and Novel Accelerator Panel for the International Committee for Future Accelerators. 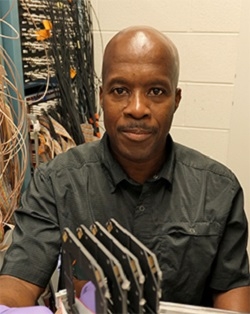 Prior to joining the EAB, Dr. Gueye was the Chair of the Physics Department at Hampton University with expertise in the applications of unpolarized and polarized electron beams to nuclear physics. Dr. Gueye worked to bring a thermo-ionic gun from Jefferson Lab's Continuous Electron Beam Accelerator Facility (CEBAF) as a Low Energy Linear Accelerator (LELIA), the first such accelerator at a Historically Black College University (HBCU). Dr. Gueye is a past President of the National Society of Black Physicists, former advisor for the USPAS, and brings experience in increasing diversity in the field of accelerator physics. 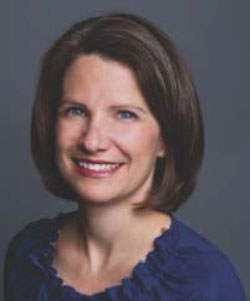 Dr. Hall is the Director of the Science of Team Science (SciTS), the Director of the Theories Initiative, health scientist, and program director in the Behavioral Research Program of the Division of Cancer Control and Population Sciences at National Cancer Institute (NCI) of the National Institutes of Health (NIH). Dr. Hall helped launch and build the SciTS field through her leadership conducting empirical studies, developing conceptual frameworks, creating practical strategies and resources as well as activities such as editing special journal issues, chairing the Annual SciTS Conferences (2013-2017). Her work aims to build an evidence base for effective team science approaches and support the translation of emerging knowledge into policies and practices. She regularly delivers keynotes to stakeholders throughout the scientific enterprise, including forums for government representatives, scientists, and university administrators and regularly serves on advisory committees of large complex research initiatives and for funding organizations and federal agencies (e.g., USAF, PCORI, NSF, ARO, OSTP). Notably, she served as a member of The National Academies Committee on the Science of Team Science (2012-15), which produced the report Enhancing the Effectiveness of Team Science (listed in the top 25 most downloaded National Academies Press reports out of the more than 9000 released online since 1994). While at NCI, Dr. Hall has helped advance research areas such as dissemination and implementation science, system science approaches, teams/groups in health and healthcare and promote the use, testing, and development of health behavior theory in cancer prevention and control research. Prior to arriving at NCI, Dr. Hall's program of research included the development of behavioral science methodologies such as the design of survey protocols, meta-analytic techniques for health behavior theory testing, as well as on applications of health behavior theory to multiple content areas and the development of interventions to foster health promotion and disease prevention behaviors. Dr. Hall earned her PhD at the University of Rhode Island (URI) in Psychology with specializations in clinical psychology, neuropsychology, and behavioral science. 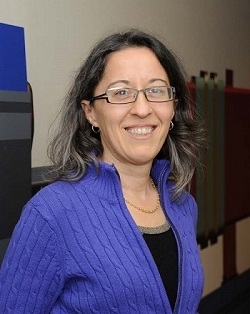 Dr. Harkay received a PhD in accelerator physics from Purdue University. She then joined the Advanced Photon Source (APS) where presently, she is an APS Machine Manager and APS Upgrade Level 3 Manager for Injectors. She co-led the successful commissioning of several superconducting undulators at the APS. Other research interests include beam-induced heat loads, electron cloud effects in accelerators, and beam intensity limits. She holds two patents in ultra-high brightness photocathode R&D. Dr. Harkay is a Fellow of the American Physical Society, is past-chair of the IEEE-NPSS PAST Technical Committee, and serves on the machine advisory committee for the Australian Synchrotron. In the past, she chaired the Fermilab Accelerator Advisory Committee, served on advisory committees for FACET, PEP-II, and ATF (BNL), and served on the Amer. Phys. Society Division of Beams Fellowship and PhD Dissertation Award selection committees. Over the past 10 years, she has advised five undergraduates and one PhD student. She has 23 journal publications, several of these with students, and 35 invited talks. 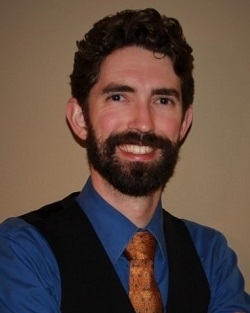 Research and Development for PsiQuantum

In his role at PsiQuantum, Dr. Hosler is responsible for silicon photonics patterning in support developing a general-purpose quantum computer. Previously, he was Lead EUV Technologist at Global Foundries, responsible for driving industrialization efforts of EUV technology for high-volume manufacturing readiness across all aspects of the infrastructure. He is an expert in the field of laser spectroscopy, vacuum technologies, EUV light sources and metrology. 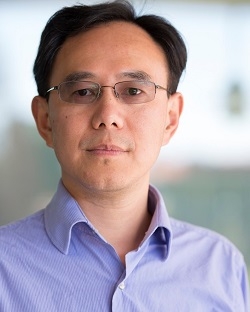 Dr. Huang obtained a PhD in beam physics from Stanford University in 1998. Since then, he has worked on various aspects of accelerator and Free Electron Laser (FEL) physics for over two decades. At Argonne National Lab, he joined the APS team that first demonstrated the saturation of a short-wavelength SASE FEL. After returning to SLAC in 2002, he worked on the research, design, commissioning and operation of the world's first hard X-ray FEL, and led its FEL R&D program from 2011-2016. He won the US Particle Accelerator School Prize for Achievement in Accelerator Science in 2011, the International FEL prize in 2014, and was elected to the APS fellowship in 2015. He is a professor at Stanford's Applied Physics department. He published more than 300 papers and co-authored a textbook on "Synchrotron Radiation and Free-Electron Lasers" that was published by Cambridge University Press in 2017. 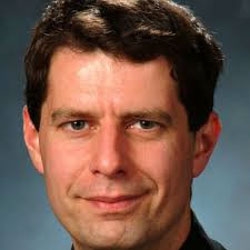 Bryan Reed is a physicist and electron microscopist with interests in nanoscience, materials physics, applied mathematics, and instrumentation development. Bryan was heavily involved with the development of the dynamic transmission electron microscope (DTEM) at Lawrence Livermore National Laboratory, in parallel with studies of grain boundary engineering and dynamics of materials under extreme conditions. He is now the CTO of Integrated Dynamic Electron Solutions, Inc. and is working on a variety of time-resolved TEM technologies ranging from ultrafast stroboscopic systems to kilohertz-scale compressive video acquisition and all time scales in between. 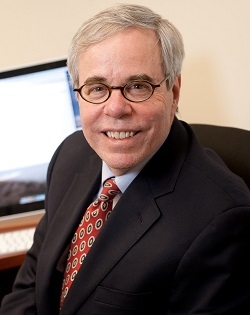 Professor Voorhees is Director of the Center for Hierarchical Materials Design and co-Director of the Northwestern-Argonne Institute for Science and Engineering. He is focused on the kinetics of phase transformations using experiment, simulation, and theory. These phase transformations range from the growth of nanowires from the vapor and graphene, to the solidification of alloys. He measures the evolution of interfacial morphology during phase transformations using techniques such as time resolved three-dimensional X-ray tomography and automated serial sectioning. Dr. Voorhees was elected to the American Academy of Arts and Sciences in 2016, is a fellow of the Minerals, Metals and Materials Society, the American Physical Society, ASM International, and has won many prestigious awards in teaching and research. 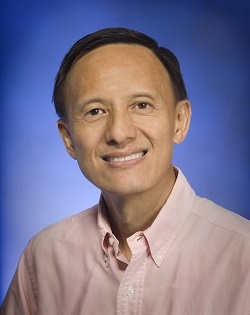 Dr. Zhu's general area of research is in advanced electron microscopy methodology, instrumentation and applications. In addition to many awards and honors, he is the founder of the Institute for Advanced Electron Microscopy, BNL and is a Fellow of American Physical Society, Microscopy Society of America, and the American Association for Advancement of Science and Materials Research Society. Dr. Zhu has delivered over 300 invited talks at international conferences, authored or co-authored more than 500 peer reviewed journal articles, and authored or edited several books.